Have you seen curbless showers on websites and in magazines and dreamed of a new barrier free shower in your outdated master bath?  Is your current shower hard to clean and even harder to get in and out of? Or, perhaps you’ve been looking at doorless showers designs.  Maybe both have been at the top of your wish list for way too long now.

This might just be the information you need to nudge in the right direction toward getting that bathroom remodel done once and for all.  A great opportunity to start enjoying your bathroom again. It’s a fact that a new walk-in shower could be just the thing for really opening up your bathroom. And, that doesn’t mean just opening it up physically, but also visually as well. A new curbless shower could be responsible for providing that dramatic facelift that you’ve been wanting and it might not even require a complete change of your entire bathroom layout. 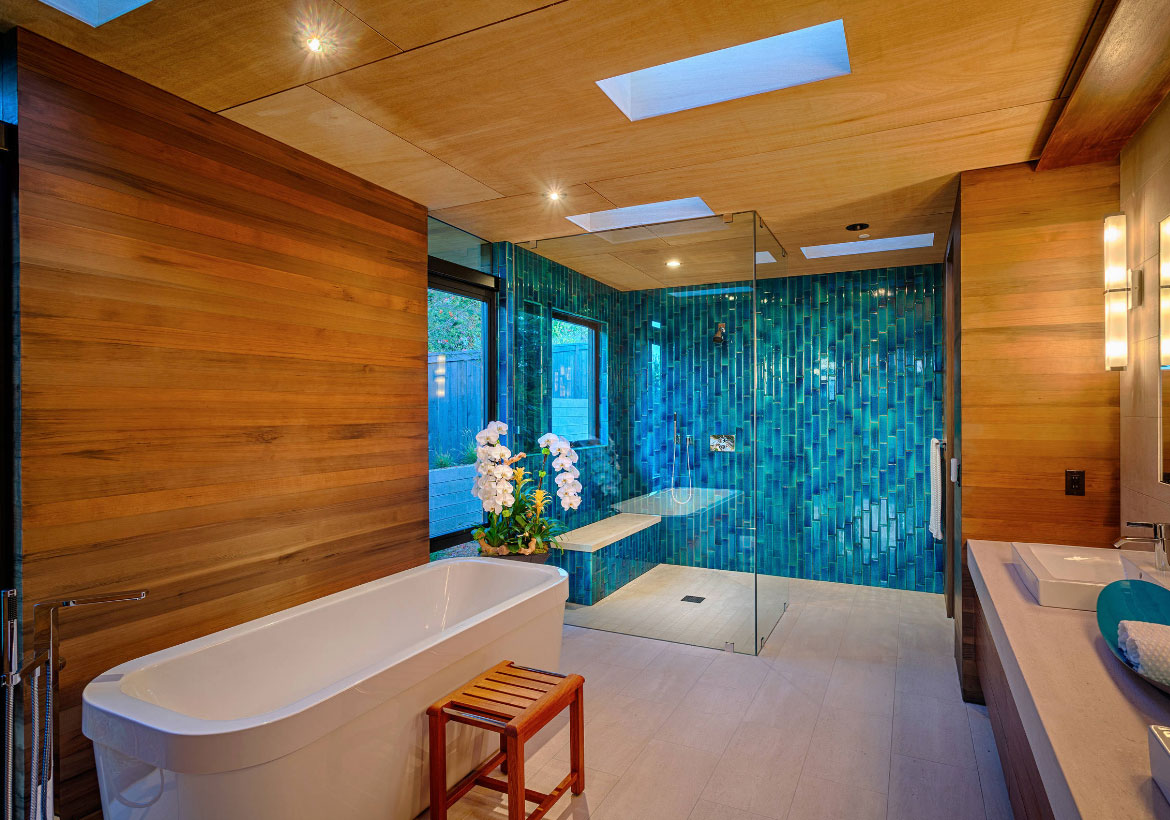 This can affect everybody from children to grandparents. It’s a fact that health care costs keep skyrocketing right along with the general cost of living these days. That means that several generations find themselves having to live under the same roof. That’s just a growing reality for a number of American families and now more than ever, it’s so important to have bathrooms that work well for everybody in the entire family.  While a four-inch-high shower curb might be really easy for a young person to step over; could seem like a mountaintop for Grandma, so curbless showers and the elimination of that curb could be just the answer for making it an equal opportunity shower.

When you have to clean a small corner shower enclosure with a curb, it can be an experience that is extremely difficult and frustrating. Curbless showers use the space much more effectively–opening it up to the rest of your bathroom; which makes it much easier for reaching in and cleaning it. And, don’t forget about hand-held showerhead options. A hand-held showerhead with a hose makes cleaning even easier by reducing all of that bending down. Let’s face it, nobody likes cleaning the shower, so the easier the better.

When you have a beautifully designed shower, a curb and/or standard style door can physically cut off your view of any intricate stone or tile accouterments. But, an open shower that is completely barrier-free can provide better sight-lines that show off your luxury shower.

Related: Exciting Walk-in Shower Ideas for Your Next Bathroom Remodel 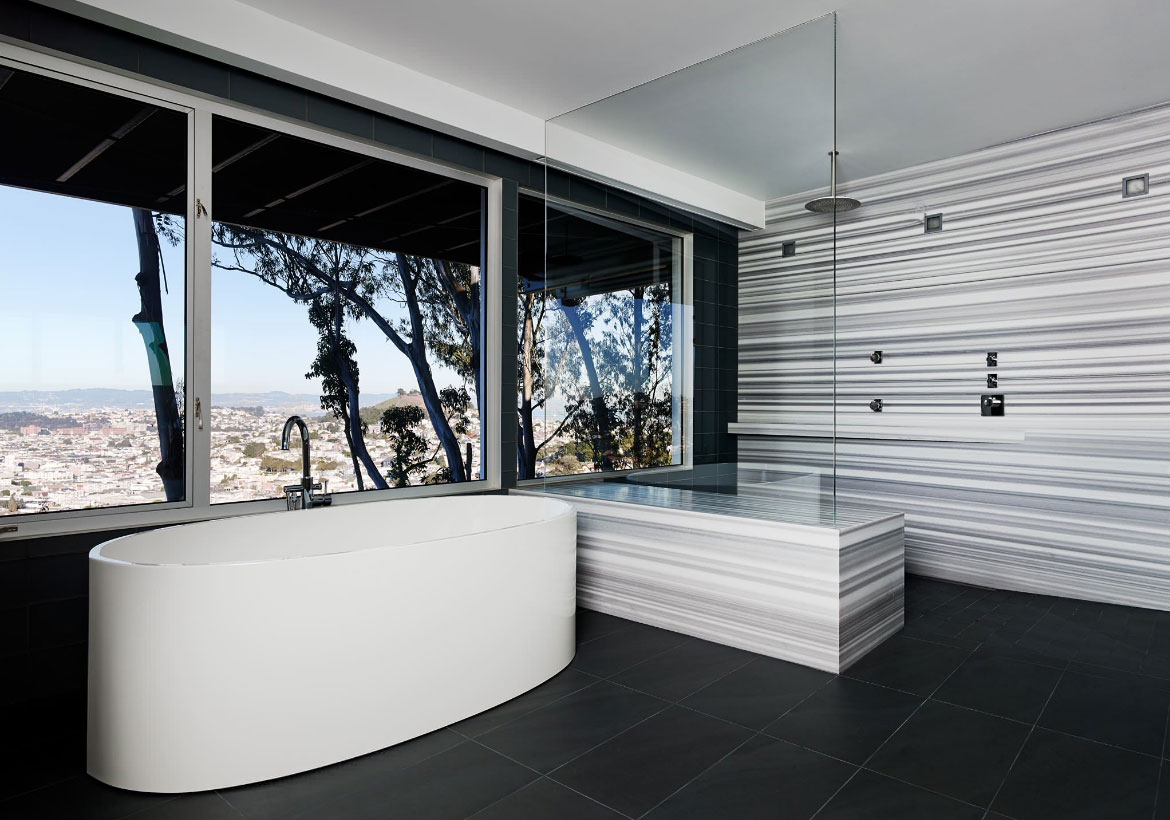 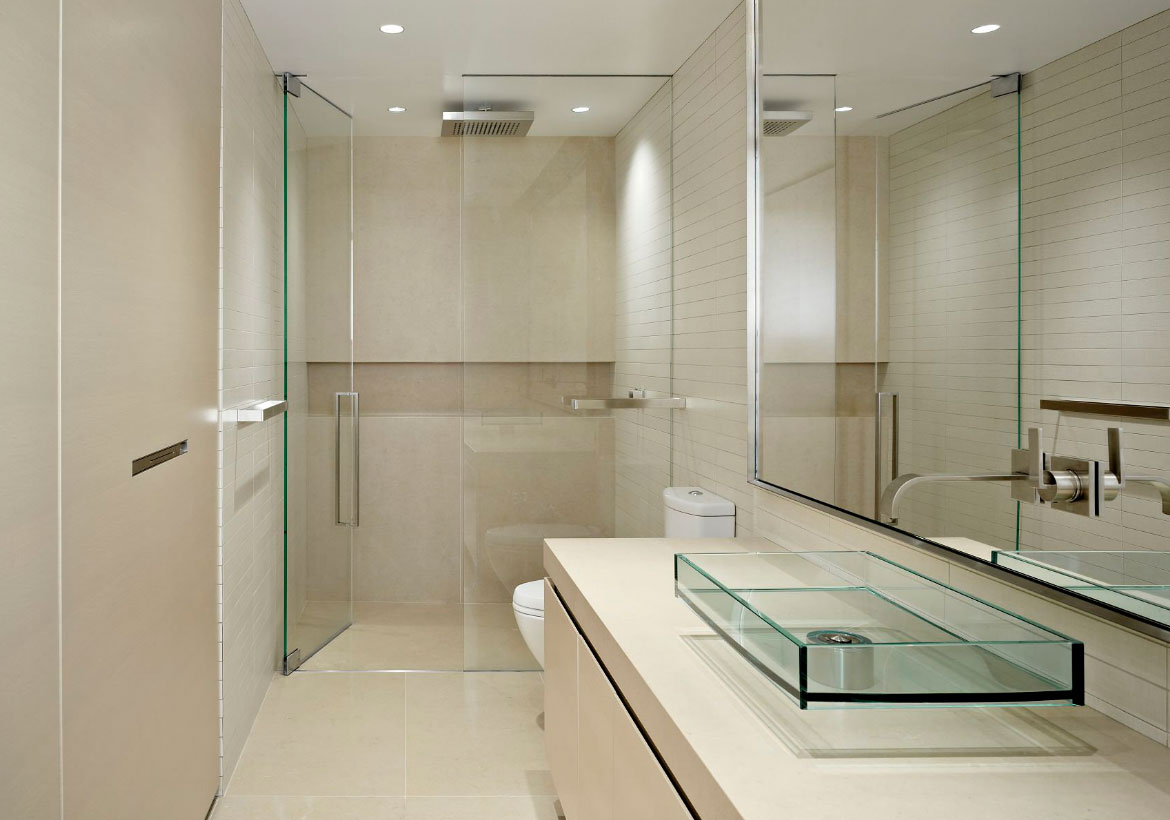 Contemporary and not a lot of fuss.  Any accent color can be added to create the desired ambience.  Love the sink!

The tile is gorgeous and is a nice contrast to all the white.  Another sink style that is stunning. 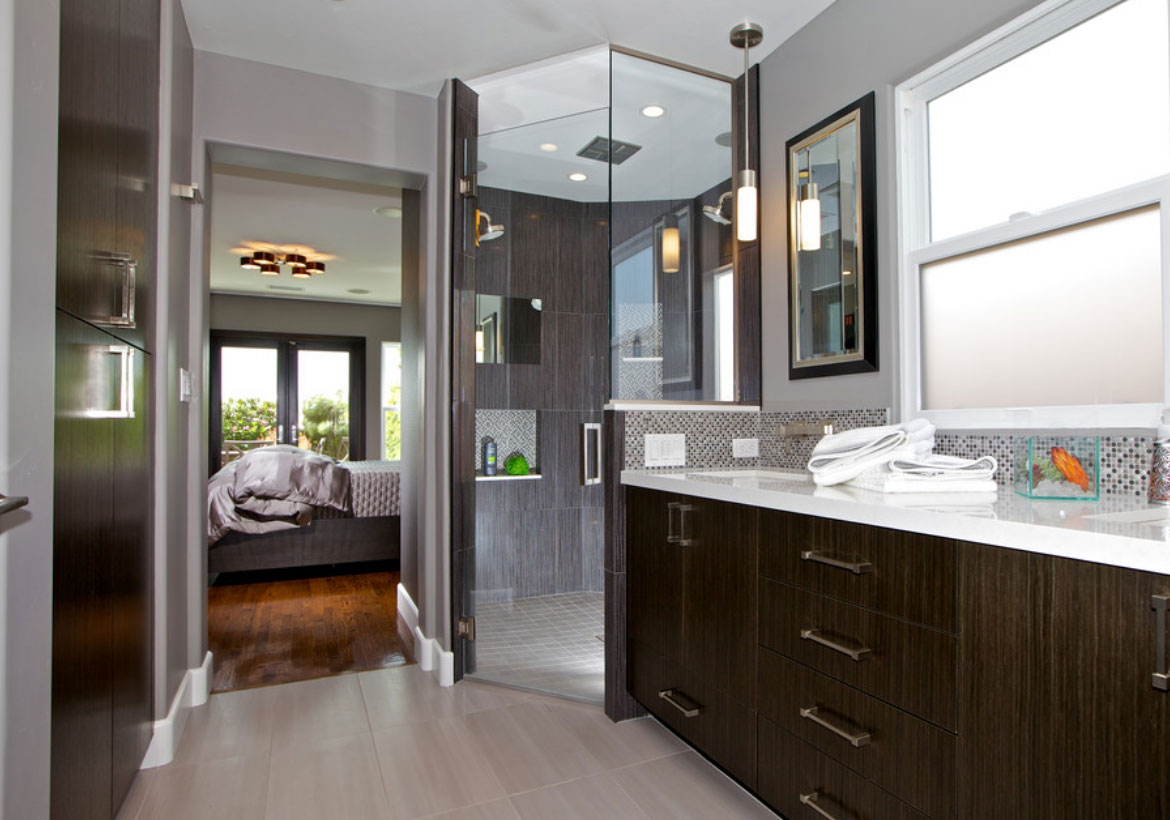 Rich and warm master bathroom.  Great use of space–with the placement of the corner shower. 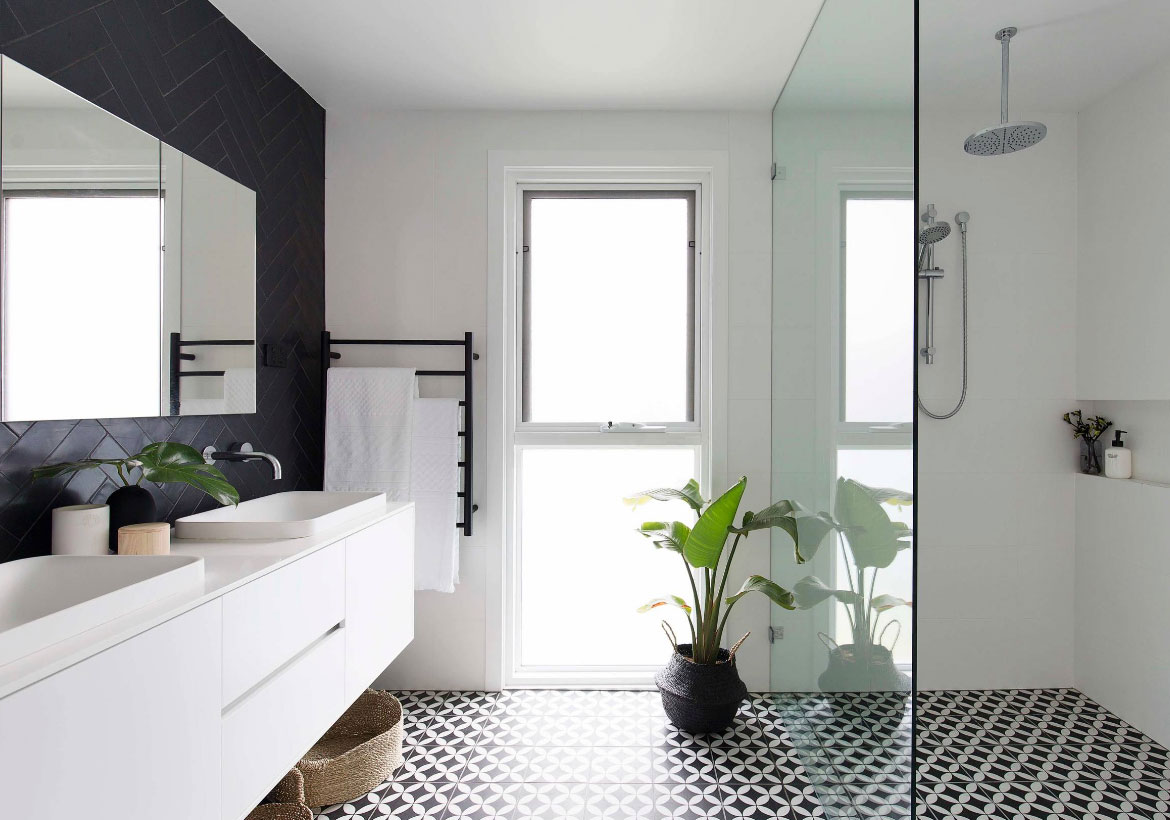 The Circulos B Black & White floor tile is definitely the feature of this bathroom.  The black tile wall also adds some great detail and texture. 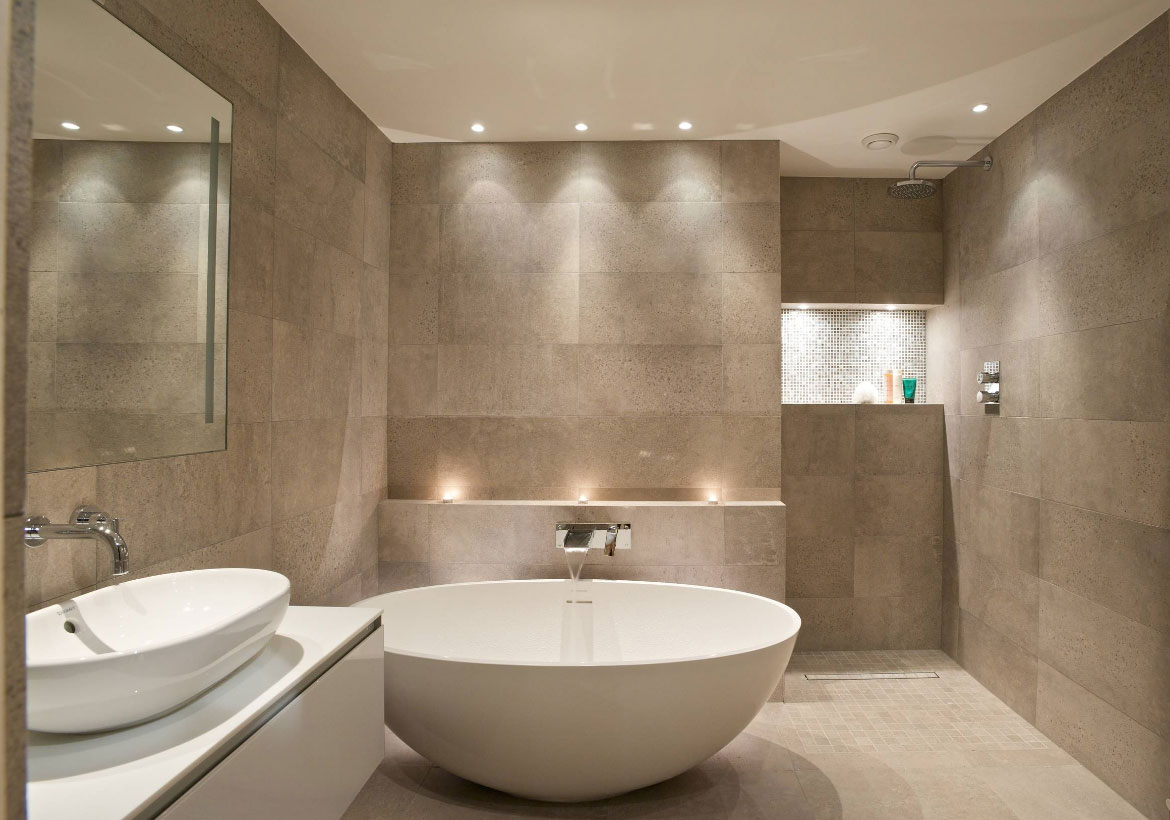 This London bathroom is so unique.  The lighting is a great touch within the doorless shower and the freestanding tub is out of this world! 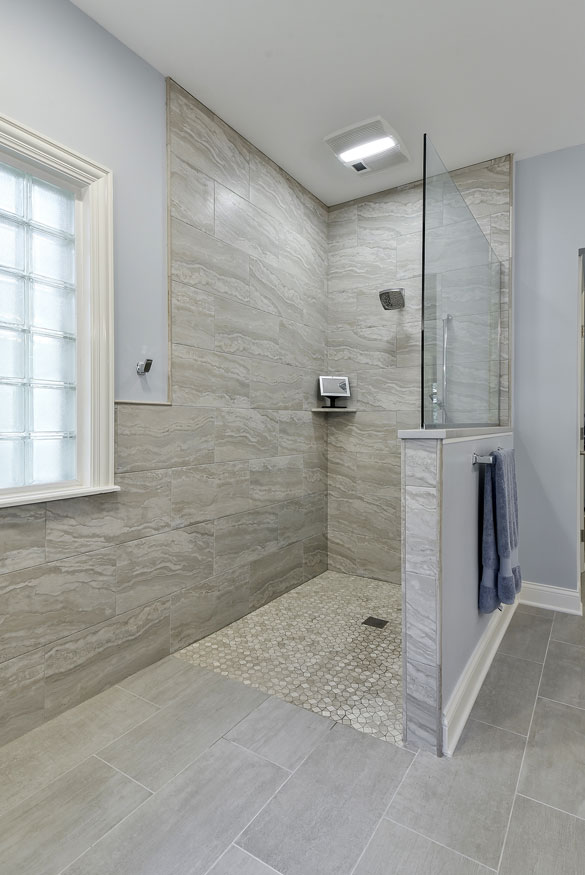 No doors or obstacles to worry about upon entering this four-star shower. 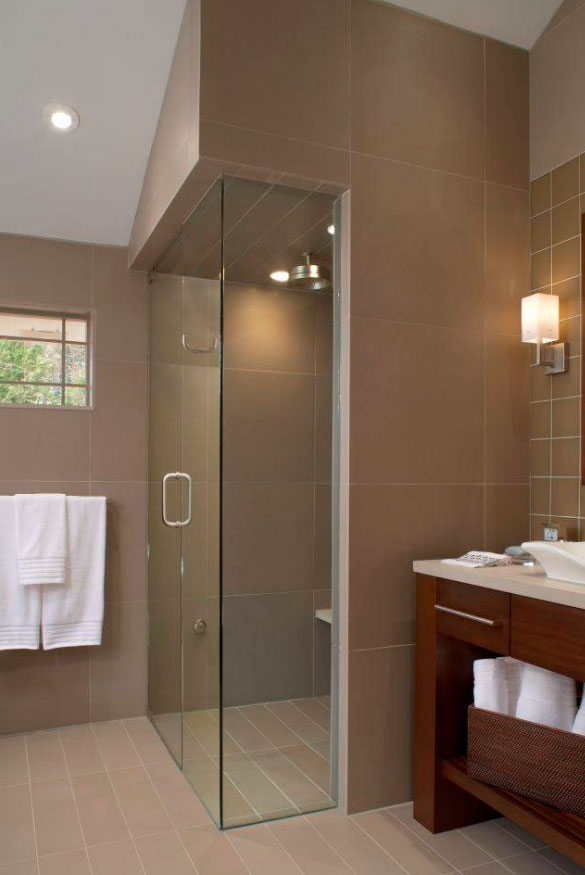 A crisp and solid contemporary curbless shower design.  Lots of porcelain tile used in this space!